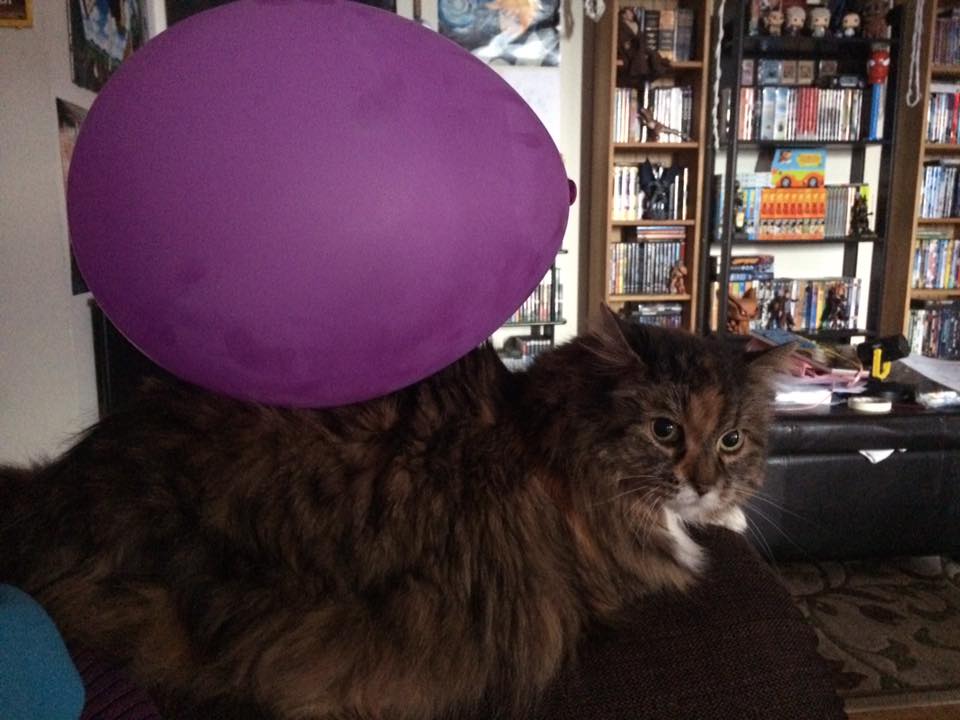 Zelda was always a solitary cat. Even as a kitten she did not care for much physical attention. Despite this, she would every so often approach for head scratches and belly rubs. As she got older she would begin to paw at her humans, indication that she wanted some affection and would walk away when she'd had enough. To add to this, she also began vigorously licking the air when scratched at just the right spot.

Zelda took a liking to grooming her human's hair whenever possible, regardless of whether or not it was freshly washed. It was also not uncommon to find her sunbathing on her back, her legs stretched out towards the ceiling. It was quite a sight. She was definitely an odd cat and her meow was no exception. She always had the strangest meow. It was like something you'd expect to hear from an old woman living in a hut somewhere in the woods. That oddly charming "MREH!", along with her other idiosyncrasies shall be sorely missed.

During her 18 years of life, she spent almost all of it with her troublesome brother Link; who was born in the same litter she was. Unlike most cats who grow up together, let alone who were born together, Zelda merely tolerated Link. He would often instigate fights and she would not take any of his shenanigans, often swatting at him until she realized he wasn't going to leave her be until she walked away.

Over her long life, Zelda had endured a few setbacks (not just an annoying brother), such as arthritis and a tumor on her leg; which was removed three years ago. She always pulled through and bounced back. However, when she suddenly developed an aggressive cancer in her mouth, her quality of life rapidly declined. She passed surrounded by family.

I have been Zelda's caretaker since I was 12. I ensured her last few days were as comfortable as possible. She spent most of her time sleeping on my sweater, occasionally drinking milk when she felt up to it. When it came time to say goodbye I held her as close as I could, pet her softly and told her everything would be okay. I hope I was right.

Goodbye, Princess.
You will forever be missed.

**I'd like to thank my beautiful wife for ensuring Zelda's well being these past few days and for all of her contributions towards her healthcare and comfort during the last years of her life.