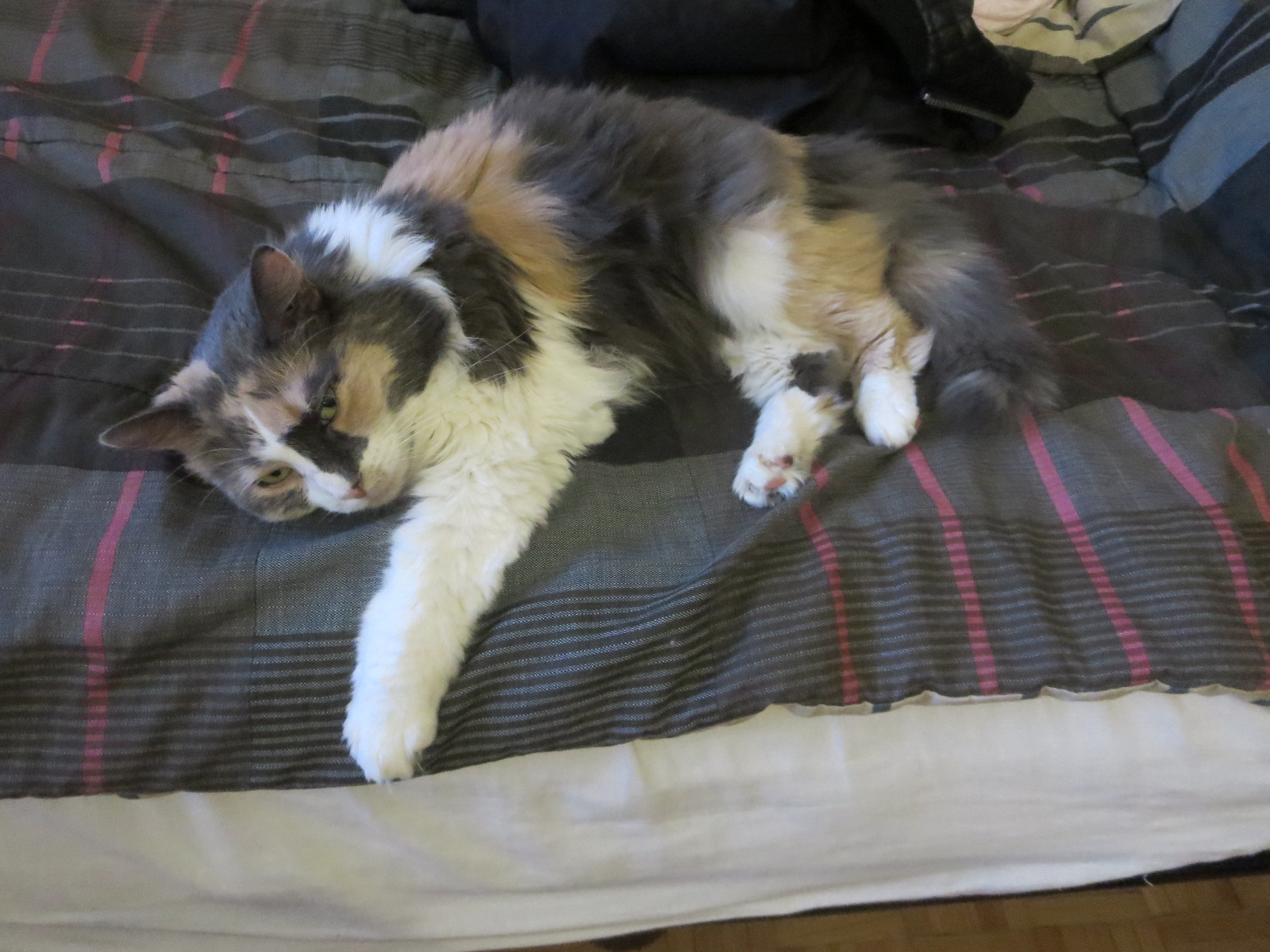 "Waffles was a devoted companion I fell in love with the day I met her at the Ottawa Humane Society, in 2006. Little is known about her life before that, but it seems she had been in a number of households before spending the rest of her life with my family. She was very skittish and shy at first, but quickly warmed up to me and my mother.

Waffles was always a big character - loyal, friendly, affectionate, and with a sassy flair to her. Her and I have lived through a lot together, including the losses of both of my parents, and a move to Toronto. And despite everything that has changed in the last 8 years, she was one of the only consistent things in my life, just as I was to her. I am truly grateful and honoured that I was able to provide her with a stable, nurturing home to her the majority of her life. I loved Waffles just like any other family member, and she was always a huge priority and commitment to me.

She fell ill in September 2013, and despite a long and big effort to manage her health and combat the sickness, it was sadly her time. She passed peacefully in December 2014.

It breaks my heart that Waffles is no longer among us, and letting go was very difficult. However, I am also relieved that she no longer suffers, and that she departed before it became too much suffering to handle.

My beloved Waffles... I hope we may be reunited once more, whenever that time comes. I will always love you."